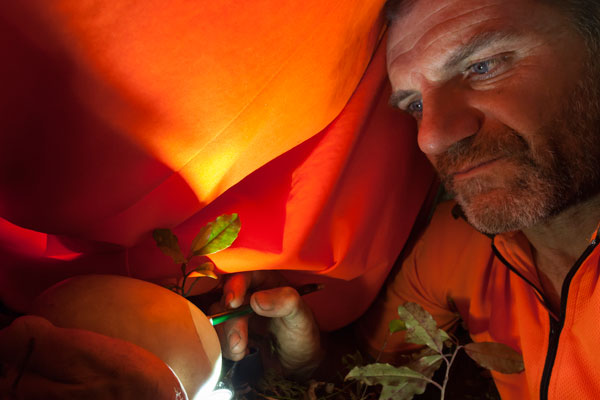 Working in some of New Zealand’s most enchanting and dramatic landscapes, rangers with the Department of Conservation are truly living the dream.

To celebrate World Ranger Day meet New Zealand’s conservation rangers. To those passionate about nature and the great outdoors, their jobs look like a wonderful adventure. Yes, there’s a lot of hard work to be done, but the rewards are many and varied.

Growing up on the eastern edge of Scotland’s Glasgow, James Livingstone realised early on he had two choices in life. “It was either, go west to the city and experience the rough and tumble or go east to the fields and forests for more wholesome activities. In the end, I enjoyed the best of both.”

In the end, living and working close to nature won out. “In mid-70s Britain, the Forestry Commission presented by far the best opportunity to achieve that, and so I was the token Scotsman on the 1985 intake to England’s National School of Forestry,” he recalls.

He worked in Grizedale Forest in the Lake District, Wester Ross in north-west Scotland, and the Isle of Skye. On a trip to Australia, he become involved in native forest harvesting in the Otway Ranges in Victoria, a mortal sin he says he’s still repenting. “Fortunately I later found myself living in Zurich where I studied and worked in forestry and landscape architecture. This was a period of cultural enlightenment.”

Livingstone came to New Zealand in late 2002, attracted by the “best quality of life on offer anywhere”. And, he says, “almost 15 years ago, I was Johnny on the spot, talking to the right person at the right time to secure a short contract on Mangere Island in the Chatham archipelago a few days after arriving. In the ensuing years, I’ve enjoyed tremendously fulfilling roles in scenic and remote locations, from Mana Island, Pureora Forest, Raoul Island in the Kermadecs, Franz Josef and now Motueka.”