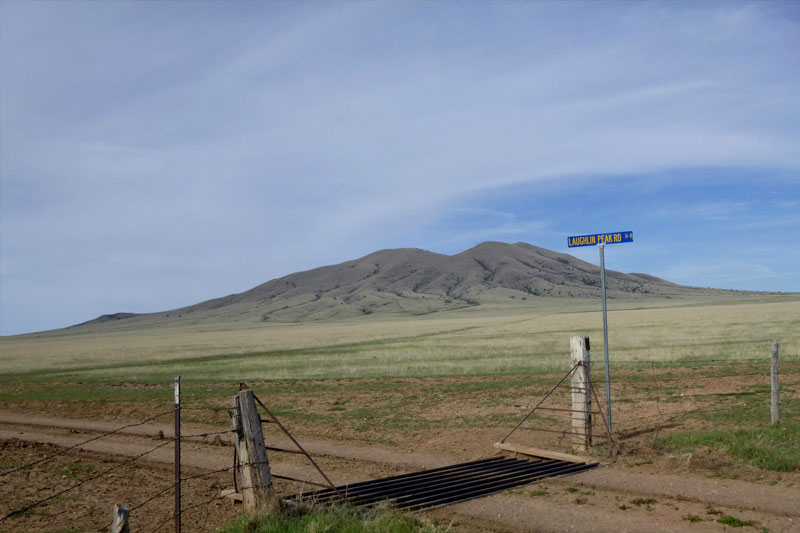 WASHINGTON, April 19, 2021 –  Sysco and Cargill, two of the world’s largest food companies, today announced a major new partnership with the National Fish and Wildlife Foundation (NFWF) that will help ranchers in Texas, Oklahoma, New Mexico, Kansas and Colorado tackle the impacts of climate change and improve grasslands and wildlife habitat by creating one of the largest sustainable beef cattle grazing efforts in the nation.

Through a public-private partnership, $5 million in funding from Sysco and Cargill will accelerate the implementation of sustainable grazing practices over the next five years across 1 million acres in the Southern Great Plains, an area responsible for approximately 30% of the beef produced in the United States. With the commitments from Sysco and Cargill today, the Southern Plains Grassland Program has the potential to sequester up to 360,000 metric tons of carbon per year, or the equivalent of removing 78,000 passenger vehicles from the road in one year.

NFWF will manage a competitive grant program that will enable nonprofit conservation groups, ranching collaboratives/associations, and agencies at the state and local level to engage with ranchers at a scale not seen before in the region, a successful model utilized by NFWF in landscapes across the country.

Grants awarded by NFWF through the Southern Plains Grassland Program will strengthen the resilience of ranching communities by scaling up the implementation of rancher-led sustainable grazing practices. Examples include rotational grazing, improvements to infrastructure, control of invasive vegetation, or a combination of interventions appropriate for the landowner, wildlife, soil type and climate. Such operational improvements enhance the ability of soil to sequester additional carbon from the atmosphere.

“This new collaboration between Sysco, Cargill and NFWF will bring vital financial and technical resources to the ranches of the Southern Plains, a region with incredibly productive grasslands, wildlife and a rich heritage of family ranching,” said Jeff Trandahl, executive director and CEO of NFWF. “Public-private partnerships are the key to helping agricultural producers voluntarily improve their operations while also enhancing natural resources. Both Sysco and Cargill recognize the responsibility that comes with their scale, and the importance of leveraging their experience and resources to further drive sustainability in the industry.”

The sustainable grazing practices implemented by ranchers with support from this program will have far-reaching impact by:

Promoting biodiversity. The Southern Great Plains provide critical habitat for native wildlife. The region is home to important migration corridors for monarch butterflies and migratory birds, and to species such as the swift fox, pronghorn, western box turtle, burrowing owls, prairie chickens, bobwhite and scaled quail.
Increasing carbon storage. Healthy grasslands sequester and store a large amount of carbon in the soil. Management practices that focus on increasing grasslands extent and vigor enable these ecosystems to capture and hold additional carbon from the environment.
Safeguarding the livelihoods of ranchers and rural communities in the region. By providing resiliency against decreased yields, the initiative will help support the long-term viability of their businesses. More than 95% of cattle ranches in the United States are family-owned, and they represent a major economic driver in large areas of the country.

Since its founding in 1984, NFWF, the largest private conservation grant-maker in the nation, has supported more than 19,700 conservation projects and since 2015, has successfully implemented similar sustainable practices across 2.25 million acres in the Northern Great Plains.

This collaboration supports Sysco’s goal to partner with its major beef suppliers on sustainability projects that will result in positive impacts in the beef supply chain, from the ranch all the way to the consumer. As a major global purchaser and distributor of a wide variety of beef products, Sysco’s sustainable beef sourcing commitments aim to ensure that the beef products procured are produced in a manner that supports the beef industry while providing positive environmental and social impacts.

“The Southern Plains Grassland Program is a model for the impact possible through cross-industry collaboration. It’s the level of impact that, at Sysco, we understand is critical to protect and preserve the environment for future generations,” said Neil Russell, Senior Vice President, Corporate Affairs, Chief Communications Officer, Sysco. “The threat posed by climate change is a collective challenge, and together we can drive action to address this challenge.”

Through NFWF, and in close coordination with USDA’s Natural Resources Conservation Service “Working Lands for Wildlife” framework, conservation experts will work with interested ranchers to plan and implement voluntary grassland management practices with consideration to the unique needs of their land.

This collaboration also supports Cargill’s BeefUp Sustainability initiative, which seeks to reduce greenhouse gas emissions throughout the company’s North American beef supply chain by 30 percent by 2030. Cargill has launched several initiatives and four other programs to support this goal.

“The contributions from ranchers in the Southern Great Plains to protect land, resources and ecosystems are crucial to addressing climate change,” said Misty High, President, Foodservice, Cargill Protein – North America. “We believe agriculture is how we can create a more resilient food system and efforts to scale sustainable grazing through the Southern Plains Grassland Program are a strong example of that belief in action.”