You are here: Home / News Feed / Getting the most out of Africa’s hydropower 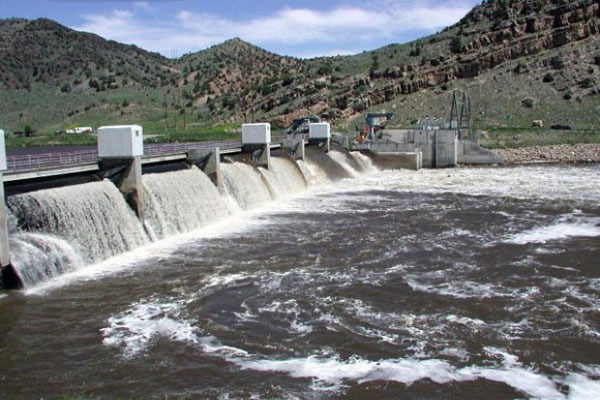 Stockholm – With Africa registering the lowest electricity generation in the world and hydropower severely underexplored, calls are mounting for leaders of government and industry alike to step up efforts to change the status quo.

This emerged on the third day of the 2014 World Water Week in Stockholm, where one of the sub-themes was Africa Focus Day.

The day was an opportunity for the continent’s top brass in the sphere of water and sanitation to share their experiences in unlocking the hydropower potential of their various countries.

What emerged as speaker after speaker took to the podium was the significant hydropower potential Africa has, which can only be understood when viewed in the context of the fact that the less than 8% potential developed supplies 32% of the current energy production in the continent.

With so much potential, it begs the question why, according to a UN report, only 10% of the continent’s population has access to the electricity grid? Apparently the answer is deeply rooted in the continent’s willingness to work together beyond borders, something South African Minister of Water and Sanitation agrees with. This, she said, is evident in the number of multi-country projects in which South Africa is involved.

Faye, who is also the African Ministers’ Council on Water (AMCOW) President, said he was encouraged by existing projects, which show Africa is making headway towards securing its own supply of water and electricity.

Projects of notable stature in this field include the Grand Inga Hydroelectric Project, the Lesotho Highlands Water Project between Lesotho and South Africa, and the Kashimbila Multipurpose Dam in Nigeria.

Each of these projects has at its very centre the vision of powering the continent through cleaner means.

The Grand Inga Hydropower Project could eventually become the largest hydroelectric project in the world, with the potential to power half of the continent.

The Kashimbila Multipurpose Dam in Nigeria has generation power of 40 MW, and sizeable economic potential.

Faye commended the efforts to light up the continent in a responsible manner, which is considerate of Africa’s carbon footprint in the wake of increasing industrialisation.

“We need a new approach to improve energy efficiency against the backdrop of climate change. We need to develop a framework to ensure water and energy security at a global level,” said Faye.

Nigeria’s Reng-Ochikpe said care has to be taken to get the maximum benefits when developing hydropower.

“We are not just building dams for reserving water or flood control, but making sure that where there is potential for hydropower, that is fully exploited,” she said.

The speakers agreed that environmental protection, however, is not the only consideration when developing hydropower or any other source of energy. Developments of this nature and scale have to bring about positive change in the communities in which they are located.

World Water Week, which is hosted and organised by the Stockholm International Water Institute (SIWI) will conclude on Friday. – SAnews.gov.za

Getting the most out of Africa’s hydropower is a post from: Africa in One

Africa in One» EcoNews