You are here: Home / South Africa / Plan for African Penguin 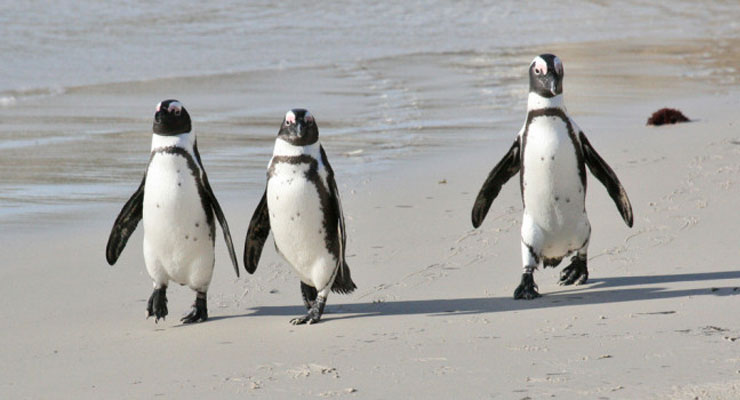 South Africa has a plan in place aimed at addressing the decline of the African Penguin population in the country.

The plan, which deals with the population numbers of the African Penguin, was finalised and published in the Government Gazette in 2013.

The department said it had noted recent media reports regarding the decline in population numbers of the African Penguin due to lack of food.

“The decreases in numbers have been particularly severe in the north region of Cape Town, where numbers decreased by 90 percent in the 11 year period 2004 –2015, with a loss of 30 000 pairs,” Nqayi said.

“These decreases were influenced by displacements to the Southeast of the main prey of African penguins (sardine and anchovy), which brought about a mismatch in the distributions of prey and the northwest breeding localities, and by a large decrease in sardine biomass,” Nqayi said.

The impact of an altered distribution of prey may have been exacerbated by fishing in the vicinity of the Western penguin colonies.

The numbers of African penguins in the Eastern Cape have been stable since 2003, whereas numbers between Cape Point and Cape Agulhas have increased slightly in recent years.

Nqayi said the apparent stabilisation of the population over the last four years is encouraging, but should not be interpreted as an indication that the long term decline has definitely ended.

“The department would like to stress that BMP-AP considers all threats to penguins including food availability and has several objectives that are being implemented in collaboration with relevant agencies.

“Amongst these are securing the protected status of all extant African penguin colonies, including those not currently formally protected, considering establishment of new breeding sites closer to the present availability of food, and ensuring an adequate abundance of prey for penguins at existing colonies,” he said. – SAnews.gov.za