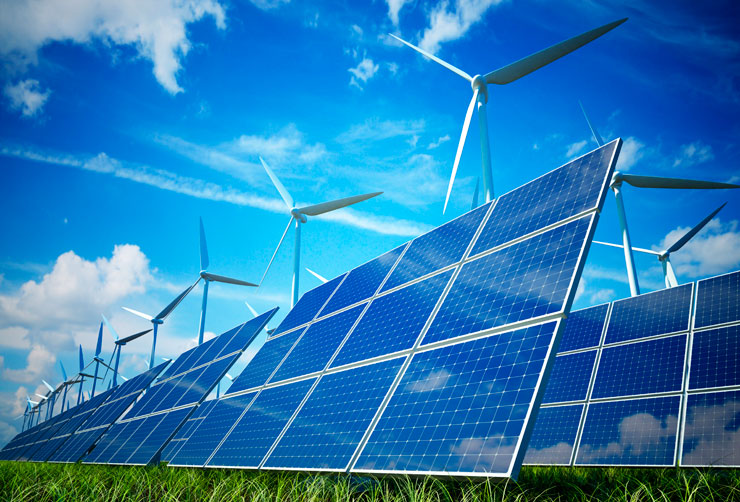 Renewable energy has benefited South Africa, a study by the Council for Scientific and Industrial Research (CSIR) has found.

The independent study by the CSIR found that renewable energy from the country’s first wind and solar (photovoltaic) projects created R8 million more financial benefits for the country than they cost during 2014.

The study was conducted against the backdrop of the Department of Energy running its procurement programme to expand the generation capacity in the country. It has already procured close to 4 000 MW of renewable capacity (mainly wind and solar) from independent power producers (IPPs).

According to the chief engineer at the Integrated Energy Research Centre at the CSIR, Dr Tobias Bischof-Niemz, the study was based on actual hourly production data for the different supply categories of the power system.

The second benefit of R1.6 billion is a saving to the economy derived from almost 120 hours of so-called “unserved energy” that were avoided thanks to the contribution of the wind and solar projects. During these hours the supply situation was so tight that some customers’ energy supply would have had to be curtailed (“unserved”) if it had not been for the renewables.

“We’ve developed a methodology at the CSIR Energy Centre to determine whether at any given hour of the year renewables have replaced coal or diesel generators, or whether they have even prevented so-called ‘unserved energy’,” said Bischof-Niemz.

This CSIR methodology was fed with cost assumptions from publicly available sources, such as power utility Eskom’s interim financial results 2014 for coal and diesel costs, or the Department of Energy’s publications on the average tariffs of the first renewables projects, or the Integrated Resource Plan on the cost of unserved energy.

“Our study shows that in 2014, renewable energy provided a net financial benefit to the country. Without the first solar and wind projects, we would have spent significant additional amounts on diesel, and energy would have had to be “unserved” during approximately 120 additional hours in 2014,” said Bischof-Niemz.

“What is more, the cost per kWh of renewable energy for new projects is now well below R1 for solar PV and between 60c – 80c for wind projects. That will keep the net financial benefits of renewables positive, even in a future with a less constrained power system,” he added.

The CSIR is one of the leading scientific and technology research, development and implementation organisations in Africa. – SAnews.gov.za