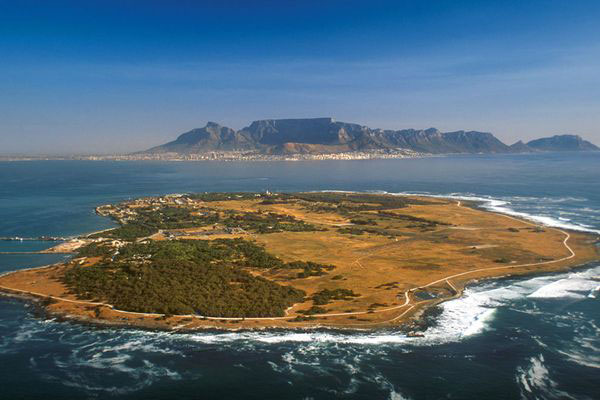 The island, which once held the likes of former President Nelson Mandela and struggle stalwarts Walter Sisulu and Ahmed Kathrada, amongst others, will be a pilot site for the department’s plan to roll out solar power to botanical gardens, South African National Parks and World Heritage sites during the current term of office.

Delivering his department’s Budget Vote Speech on Thursday, Minister Hanekom said the installation of solar power at the island will take place during the current financial year.

“The exciting part of the retrofitting programme is that it contributes towards our countrywide effort to reduce the electricity demand and to start shifting towards efficient energy use and renewable energy use.

“We will be introducing this component of the incentive programme on a pilot basis this year and it will involve the introduction of renewable energy at mainly our botanical gardens, at SA National Parks and at some of our world heritage sites.

“It will also include some of our community-based projects, particularly those that don’t have immediate access to the grid,” he said.

As part of the retrofitting programme, the department will assess the needs of these establishments and then install photovoltaic panels (PV).

“One of the pilot sites will be Robben Island and this will be done this year.

The Minister also said while R180 million will be spent on the Tourism Incentive Programme’s pilot phase, an additional R368 million has been budgeted for the following years.

He said during the 2015/16 financial year, the programme would support tourism enterprises to access new markets by subsidising some of the costs of attending travel shows, as well as costs associated with being graded by the Tourism Grading Council.

Arrivals on the rise, tourism contributes to growth

The Minister said tourism has contributed 9.4% to the country’s gross domestic product over the past year.

He said the sector’s value chain now supported one in every ten jobs in the country.

“The 9.5 million visitors welcomed into South Africa last year contributed to creating a better life for all South Africans.

“The Department of Tourism will leverage the 2015/16 budget of R1.8 billion to create job opportunities and implement programmes that will take the sector forward in an inclusive and sustainable manner,” he said.

The Minister said his department had set an ambitious target of attracting 12 million international tourists arrivals by 2017/18 and increasing domestic holidaymakers from 2.8 million in 2014 to 4.1 million by 2020.

“With this level of growth, the department was on track to achieve the National Development Plan’s target of creating 225 000 jobs within the sector by 2020.

“About 54% of the budget will be allocated to South African Tourism for international and domestic marketing.

“An amount of R100 million has been ring-fenced for domestic marketing this year,” he said. – SAnews.gov.za