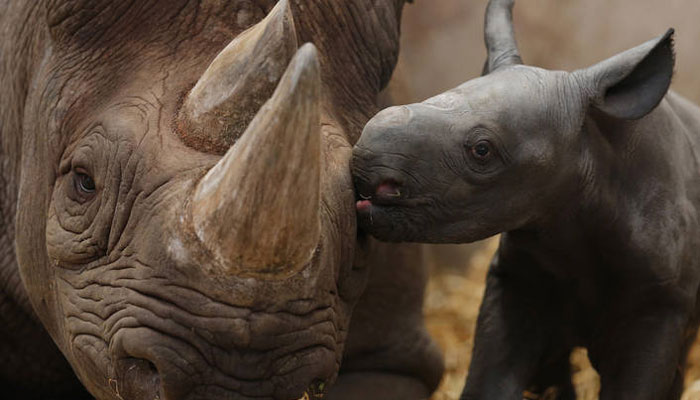 Skukuza – An amount of R1 million has been added to the South African National Parks’ (SANParks) war on rhino poaching.

“Unlike many fundraising initiatives, the SANParks Honorary Rangers utilise 100% of all money raised for counter poaching to help our rangers. We do not use donor money to fund our activities,” said Lemmer.

Lemmer said the donation would go a long way in safe-keeping the endangered rhino population within national parks.

“As we are the South African National Parks’ preferred channel for counter-poaching support in our national parks, and as our parks are home to the majority of the world’s rhino population, this donation is important in the fight to save our rhinos,” he said.

SANParks chief executive David Mabunda said the ongoing scourge of rhino poaching in South Africa is an area of concern to government and ordinary people in villages and cities, including corporate South Africa.

“It is therefore with great humility and a sense of pride that SANParks accepts the generosity presented by Unitrans Volkswagen. This is proof that together we can do more to win the fight against rhino poaching,” said Mabunda.

He said rhino poaching is a crime that is undoubtedly fuelled by a thriving black market trade in rhino horn.

Mabunda said since January this year, a total of 166 rhinos have been poached, with 111 of them in the Kruger National Park.

“It is worrying that we are still losing such a high number of rhinos throughout the country.  However, the most encouraging area in this whole saga is the increasing number of arrests, which stood at 343 for the country by end last year, of which 133 were made in the Kruger National Park,” he added.

South Africa is home to approximately 20 000 white and black rhinoceros, of which 10 000 are found in the Kruger National Park.

This represents over 80% of the world’s total rhino population.

Unitrans Volkswagen’s Unite against Poaching initiative has contributed R6 781 250 million to the SANParks’ counter poaching effort over the past three years, in partnership with the SANParks Honorary Rangers. – SAnews.gov.za