You are here: Home / Events / Before They Pass Away Condemned 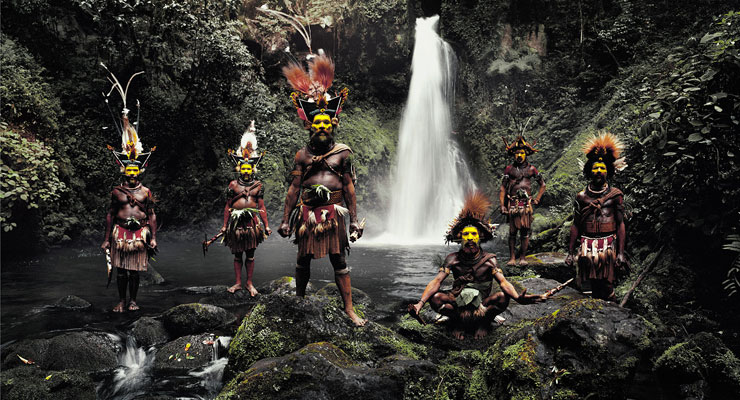 Renowned photographer Timothy Allen has joined tribal people around the world in condemning Jimmy Nelson’s work “Before They Pass Away”, which is due to open at the Bryce Wolkowitz Gallery in New York in February 2015.

Allen, a leading photographer for National Geographic and BBC’s Human Planet said, “The patronizing and self-aggrandizing narrative behind ‘Before They’ is literally painful to watch. Fortunately, primitive attitudes like these have been on the endangered list for quite a few years now and it is fair to expect that they will pass away long before any of the cultures Nelson encountered in his project.”

Allen is joined by Seminole-Muscogee-Navajo photographer Hulleah J. Tsinhnahjinnie, who said, “[Jimmy Nelson’s] words of ‘authenticity, purity, beauty,’ are hollow adoration while his romanticized images are nothing but his own reflection. As for the Indigenous communities whom he has engaged, does he not recognize politeness laced with an ironic smile?”

Jimmy Nelson says his $150 coffee-table book of tribal people was inspired by the work of photographer Edward Curtis. Curtis documented Native Americans as “The Vanishing Race” whose disappearance was inevitable, at a time when the US government was still actively driving them off their land.

Survival’s Director Stephen Corry called Nelson’s work a photographer’s fantasy, bearing little relationship either to how the people pictured look now, or to how they’ve ever appeared. Corry warned that Nelson not only presents a fictionalized portrait of tribal people, but glosses over the genocidal violence to which many of the tribes pictured are being subjected.

While the Dani of West Papua are wrongly called the “the most dreaded head-hunting tribe of Papua”, Dani leader Benny Wenda said, “What Jimmy Nelson says about us is not true. My people were never headhunters, it was never our tradition. The real headhunters are the Indonesian military who have been killing my people. My people are still strong and we fight for our freedom. We are not ‘passing away’, we are being killed by the brutal Indonesian soldiers. That is the truth.”

Amazon Indian Nixiwaka Yawanawá protested outside Nelson’s exhibition in London, stating that “We are not passing away but struggling to survive. Industrialized society is trying to destroy us in the name of ‘progress’, but we will keep defending our lands and contributing to the protection of the planet.”