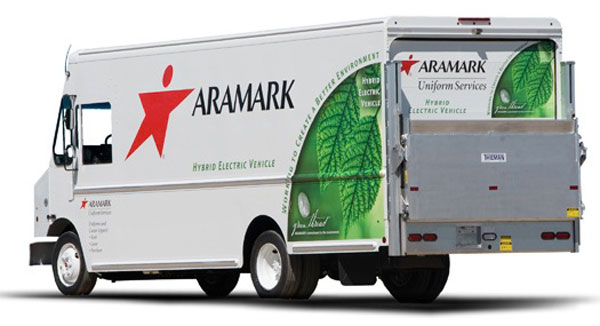 ARAMARK Environmental Services, the environmental and energy management division of ARAMARK, has been awarded the contract to provide energy upgrade works to nine local councils in the East Border region of Ireland.

Renewable technologies improving efficiency ratings, while reducing emissions, will also be installed. These include such technologies as biomass boilers, which will be fuelled using wood pellets, photovoltaic panels for generation of electricity and solar panels which will boost hot water generation.

“Local Government in the East Border Region is leading the way in sustainability and energy efficiency. Working with the local Councils we will introduce economic and environmental savings which can be made by increasing the efficiency of existing technologies and introducing ‘green’ systems including biomass boilers and solar panels.   We are delighted to be working with these councils as they transition towards a low-carbon, highly efficient operation.”

“Our carbon footprint and our level of energy efficiency are two important factors for us; we intend to make significant improvements to each of our exemplar buildings with the help of ARAMARK. In addition we will also install a display monitor in each of the offices to provide real-time consumption rates of the building.”

The installation of the 9kW photovoltaic system, such as the one planned for the Louth County Museum offices, is expected to reduce in the region of three and a half tons of carbon emissions per year. Equally, each biomass system will reduce carbon emissions by 80% for every unit of heat generated using wood pellets over oil.

In May 2013, ARAMARK Ireland expanded its energy management division with the creation of 25 new jobs following the successful implementation of significant energy projects for the likes of Forfás, Liffey Meats and the Royal Victoria Eye & Ear Hospital.

“Sustainability and efficiency are two primary concerns facing businesses today and we expect the area of green business to double in the next five years as organisations become more aware of the economic and environmental savings they can achieve from such efficiency projects”, added Dr Ferguson.