You are here: Home / News / Call for a low-carbon, climate-resilient future 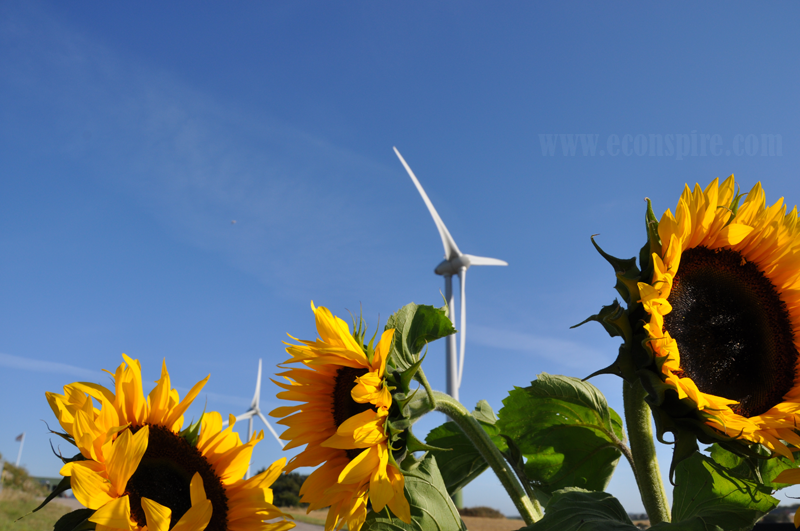 Climate-resilient future – The OECD, UN Environment and World Bank Group today called on leaders of G20 countries to do more to enable a radical shift of investment into low-carbon, climate-resilient infrastructure as a way to limit the impact of climate change.

Call for a radical shift in financing for a low-carbon, climate-resilient future

Delivering a new report, Financing Climate Futures: Rethinking Infrastructure, to the G20 at its Summit in Buenos Aires, the three International Organisations said governments need to adopt a more transformative agenda on low-carbon, climate-resilient investments if they are to meet the Paris Agreement goal of cutting CO2 emissions to net zero in the second half of the century and build resilience to climate change.

Financing Climate Futures responds to an invitation from the 2017 G20 Hamburg Climate and Energy Action Plan to the three Organisations to document public and private activities for making financial flows consistent with the Paris goals. It follows the 2017 OECD report Investing in Climate, Investing in Growth, an input to the G20 German presidency which laid out the economic case that climate action and growth can go hand in hand provided that strong climate policies are packaged with fiscal and structural reforms. The Financing Climate Futures initiative aims to help countries move beyond an incremental approach to financing low-emission, resilient infrastructure towards the transformational agenda needed for decisive climate action. The initiative is supported by the Federal Ministry for the Environment, Nature Conservation and Nuclear Safety of Germany.

“Investing in low-carbon, climate-resilient infrastructure is vital for the future of the planet, and it can also drive economic growth,” said Gabriela Ramos, OECD Chief of Staff and G20 Sherpa. “The infrastructure challenge creates incentives for reforms that can deliver better performance on both counts. We are losing time though – if we want to deliver we need to move much faster and achieve a systemic shift of trillions of dollars in green investment.”

Noting that energy, transport, buildings and water infrastructure contribute over 60% of greenhouse gas emissions, the report lays out six ways to bring public and private financial flows in line with the Paris goals, in particular in infrastructure finance. These include better planning and foresight, integrating climate concerns into all budgetary decisions and leveraging public procurement into low-emission, resilient infrastructure.

The report says that scaling-up public and private investments in low-emission and sustainable infrastructure is critical to increase resilience and avoid further carbon lock-in.

OECD analysis in Investing in Climate, Investing in Growth showed that shifting infrastructure investment into low-carbon options, combined with structural reforms, could increase global GDP by as much as 5% by 2050, while cutting emissions. That includes the effects of lower risks of damage from extreme weather events. The cost of shifting from brown to green infrastructure would be more than offset by fuel savings. According to the OECD, governments spend half a trillion dollars a year subsidising oil, coal or gas and are not making enough use of public spending as a lever to decarbonise economies by investing in low-emissions infrastructure and innovation. Power plants under construction or in planning will lead to a near doubling of emissions from power generation, while incentives to shift to green energy and infrastructure, and disincentives to emit in all sectors, remain weak.

“We cannot ignore the new reality of powerful weather events that threaten jobs, homes, food security and other critical areas of our lives,” said Kristalina Georgieva, Chief Executive Officer of the World Bank. “The infrastructure that is built today must be ready to cope with tomorrow’s changing climate. We need the right incentives and regulations to urgently accelerate funding to these projects.”

Change is happening, but too slowly

The final report of the UN Environment Inquiry into the Design of a Sustainable Financial System, released in April, found that progress on reforming the global financial system over the last four years has started to deliver financing for sustainability and set up the next wave of action. Sustainability is becoming part of routine practice within financial institutions and regulatory bodies, green bond issuance grew from US$11 billion in 2013 to US$155 billion in 2017, and the number and range of policy measures to advance sustainable finance increased from 139 in 2013 to 300 by 2017.

However, much more needs to be done, particularly in infrastructure.

“With only 12 years to head off the worst impacts of climate change, we need rapid reform of our economies and societies, including a switch to low-carbon infrastructure,” said Joyce Msuya, Acting Executive Director of UN Environment. “The G20’s economic power and political influence will be crucial to unlocking the investment we need to make this switch.”