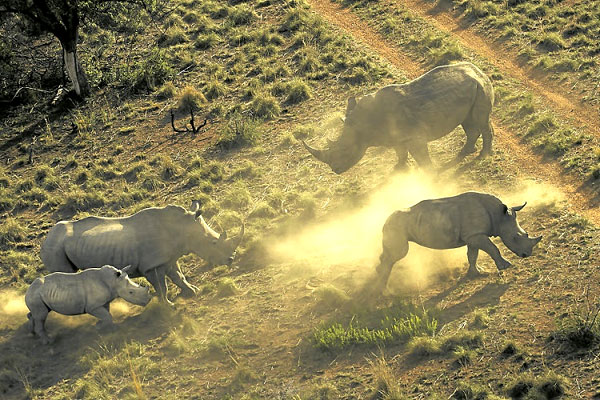 South Africa – The Department of Environmental Affairs has launched a DNA barcoding kit on Monday to help officials to combat wildlife crime.

The kit was produced in partnership with the International Barcode of Life Project (iBOL) and University of Johannesburg (UJ).

“We know that many… species… are in serious decline – from large vertebrates to small insects, from canopy trees to tiny understory plants. By coupling the power of DNA barcoding to identify species with portability, LAB-IN-A-BOX makes it possible for anyone to identify any species anywhere,” said iBOL founder Paul Hebert.

The LAB-IN-A-BOX launch took place at the opening of the seventh iBOL conference, which ends on Friday. This is the first time that this event is held on the African continent with the venue of choice being the Kruger National Park, which is home to the big five.

Much like barcodes on consumer items such as food cans at a supermarket, the DNA barcoding kit gives information such as the type of species, access to information on their biology, ecology and socio-economic significance.

Training on how to use the kit will be provided by the African Centre for DNA Barcoding (ACDB) at UJ.

Usually, a sample gets taken and sent to a laboratory to find out what animal or plant species is involved. This can take days. However, LAB-IN-A-BOX is set to change this by making it possible to rapidly analyse DNA from an animal or plant at the port of entry, with reliable results.

According to LAB-IN-A-BOX creator, Sujeevan Ratnasingham, in developing countries where inspectors at ports of entry may have limited knowledge and expertise, the need for rapid DNA identification is even more pressing.

“Many threatened animals and plants are trafficked out of developing countries, which do not have adequate resources to combat these crimes. LAB-IN-A-BOX aims to improve the situation by addressing two challenges – rapid detection and successful prosecution. It does this by reducing the cost of adopting DNA analysis infrastructure and by simplifying usage of DNA analysis tools.”

The kit will allow for the tracking of animals and is certain to improve capacity to care for endangered species. – SAnews.gov.za