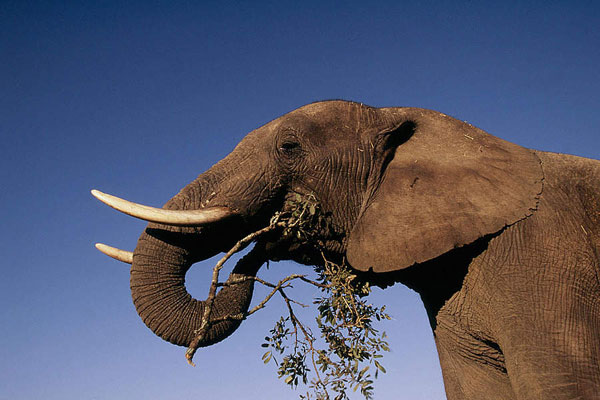 An agreement between the South African Government and People’s Republic of China in committing to fight the illegal exploitation of wildlife crime has yielded positive results, with the return of poached rhino horn and elephant ivory back to South Africa.

A consignment of 33 rhino horns and a large number of elephant ivory products seized by customs officials in Hong Kong were on Wednesday returned to the country at OR Tambo Airport International Airport.

Explaining the events leading up to the return of the products, Colonel Johan Jooste, Senior Rhino Investigator in Hawks, said that during October 2011, a container allegedly containing waste, parings and scrap plastic was cleared at the Import and Export customs office of the South African Revenue Services in Alberton, Johannesburg, to be shipped to Hong Kong.

“On 15 November 2011, Hong Kong customs officials seized a container of 33 rhinoceros horns, 758 ivory chopsticks and 127 ivory bracelets, which was shipped from the Cape Town harbour. An investigation was launched by the Endangered Species Section of the Hawks and the docket presented to the National Prosecuting Authority.

“Based on the information collected during the investigation, and the fact that both South Africa and China are parties to the CITES (Convention on Internationals Trade in Endangered Species of Wild Fauna and Flora), the Director of Public Prosecutions, South Gauteng, applied to the Hong Kong Special Administration Region of the People’s Republic of China for mutual legal Assistance,” Colonel Jooste explained.

Congratulating the investigation team for their success, Colonel Jooste said this was one of the best for South Africa thus far.

“It’s a positive step forward, we see the engagement of other countries seeing it as important as we do. We’ve never heard about the great success and this is one of the best especially for the transnational and national environment.

He said they could see the support from outside as well as government’s efforts and willingness to cooperate. He said it was a slow process but with persistence they will see progress.

He added that the return of these products will now enable the Hawks to further their investigations and determine the origin of the items by means of inter alia DNA analysis. This may lead to the arrest and prosecution of the alleged rhino and elephant poachers and couriers of the illegal shipment.

Department of Environmental Affairs Deputy Director-General Biodiversity and Conservation, Fundisile Mketeni, said that rhino poaching was an organised crime, hence the department made the joint projects with the police and the National Prosecuting Authority to ensure stiffer sentencing.

Mketeni said that on top of the existing agreement between the Department of Justice and Constitutional Development and Hong Kong, they were now negotiating a broader agreement, which was not only about legal assistance, but also included cooperation on biodiversity matters.

“It is an improvement because we are not going to look at rhinos but all environmental crimes, issues of awareness, technology transfer, compliance, aligning our laws, harmonised policies. It gives us space to work better with Hong Kong.”

He added that the return of the horns proves that government is serious and concerned about this and cannot allow the trend to continue at this rate, “otherwise, we could easily lose all our rhinos and we would have lost our heritage”. – SAnews.gov.za