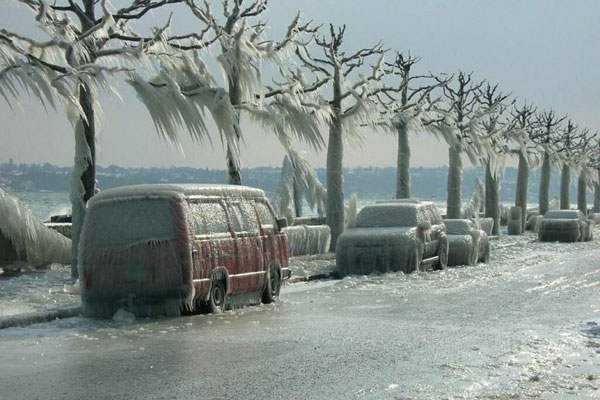 Global freezing: January was “the third coldest… on record” for the 48 contiguous US states and “broke more than 4,800 snowfall records, reports climatologist Evelyn Browning

Garriss, with the Great Lakes experiencing their greatest ice cover since 1994. Last year the Arctic had “the coldest summer on record,” with 60 per cent more sea ice than the previous year.

This extreme weather is being blamed on volcanic eruptions that put particles into the atmosphere that block sunlight. So it seems volcanic activity has a much bigger impact on climate than long-term changes in gas levels, whatever their cause.