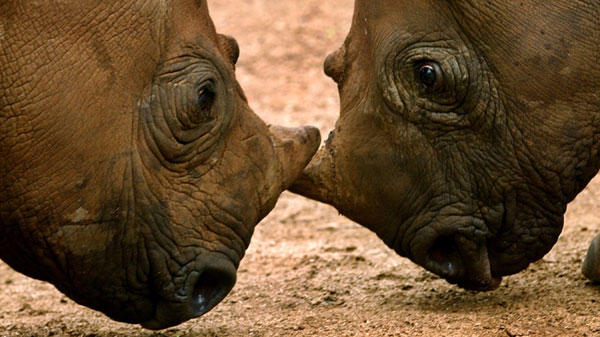 Pretoria – In an effort to coordinate the financing of anti-poaching initiatives, the Department of Environmental Affairs is to establish a National Rhino Fund in consultation with the National Treasury.

The establishment of the National Rhino Fund will address all interventions directed to rhino poaching.

The department explained that the establishment of the National Rhino Fund is among the recommendations being implemented following the adoption of the Rhino Issue Management report by Cabinet earlier this year.

“The National Rhino Fund will result in the consolidation of all funding requirements and ensure that funding is distributed successfully to state and privately-owned rhino anti-poaching initiatives, including conservation, safety and security, skills development and research,” the department said.

It added that the increase in government funding to save the rhino demonstrates the department’s commitment to the National Rhino Fund to which business, international funders, local NGOs and individuals will be able to contribute.

“The autonomous nature of the National Rhino Fund will ensure that identified legitimate funding requirements will be immediately met, and not be caught up in red tape.”

All NPOs, NGOs, organisations and individuals involved in raising awareness or funding to address rhino poaching are requested to email the name of the organisation, contact details and details relating to the project/initiative/intervention to email Ms Olga Kumalo on okumalo@environment.gov.za

The department is also reviewing the National Strategy for the Safety and Security of Rhinoceros Populations in South Africa (NSSSRPSA), adopted in 2010, to ensure it addresses all new concerns and efforts to ensure rhino poaching is dealt with in a coordinated and effective manner.

Calls for organisations to register with the department

Meanwhile, the department is inviting all NPOs, NGOs, businesses and individuals involved in fighting rhino poaching to register with the department by 30 September 2013.

The initiative is amongst numerous steps taken to rid the sector of illegitimate and ill-intended operations and ensure greater legitimacy of organisations and individuals involved in projects aimed at addressing the scourge of rhino poaching in South Africa.

NGOs and NPOs are required to register with government through the Department of Social Development.

The department explained that the registration of NPOs, NGOs, organisations and/or individuals involved in rhino anti-poaching projects will improve monitoring of compliance with the Companies and Intellectual Property Commission and ensure that their financial records are up-to-date.

The department warned that failure of organisations or individuals to submit annual audited reports results in de-registration of such bodies from the Social Development database.

“The establishment of national database, and for a credible national financing mechanism for rhino anti-poaching, were agreed to by government and rhino stakeholders during a public engagement on 12 July 2013. During the stakeholder engagement, the department was informed by more than 20 NGOs and NPOs about the work that they do to fight the scourge of rhino poaching.

The total number of rhino poached in South Africa since January 2013 has increased to 635, while number of people arrested for rhino poaching-related offences has climbed to 194. Kruger National Park continues to bear the brunt with 396 rhino killed for their horns.