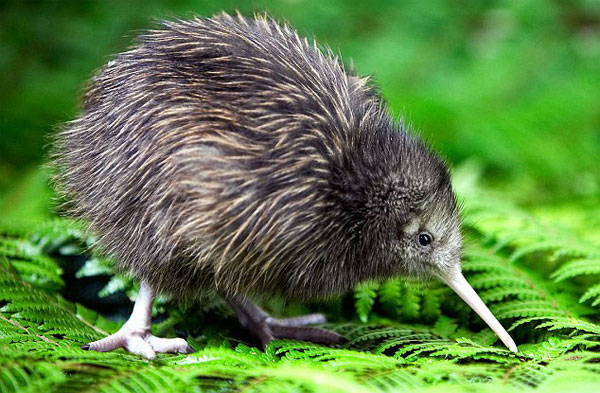 A tiny kiwi chick – believed to be the smallest of its kind in New Zealand – has successfully hatched at the Rainbow Springs Kiwi Encounter in Rotorua.

Staff at the Kiwi Encounter have overseen more than 1,300 hatchings of North Island brown kiwi eggs over the years, but the arrival of ‘mini’ – the smallest kiwi egg they have ever nurtured at the conservation centre – left them scratching their heads.

Highly anticipated hatching
The kiwi egg weighed just 217.6grams on its arrival from the Southern Whirinaki Forest and looked tiny in comparison to the normal sized egg from the same clutch.

The highly anticipated, newly hatched kiwi weighed in at just 173.5 grams, while its sibling weighed 369 grams at hatch. Previously the smallest chick hatched at the centre was McMurdo – his egg was 292 grams at the same age and he weighed 238.5 grams at hatch.

“The little chick hatched all on its own and there was a team of very excited staff yesterday morning, one staff member even turned up straight out of bed on her day off, she was so keen for a look.”

Name given
The tiny chick was nameless for a few days after its naming rights went up for bid on New Zealand auction site Trademe, with all proceeds going to kiwi conservation.

The Kiwi was finally christened with the name Myfie.

Claire Travers said it’s a “complete mystery” why the female kiwi laid an odd egg in a clutch. Possible factors are that it is diet-related or it could point to issues with her ovaries or reproductive tract.

It is hoped this famous little chick will be released to establish a founding population of kiwi at the Otanewainuku Kiwi Trust near Tauranga on the North Island of New Zealand.

Rainbow Springs involvement in kiwi conservation began in 1995 with the arrival of an orphaned egg and the hatchery has grown over the years to become the largest kiwi hatching facility in New Zealand, successfully incubating and hatching brown kiwi eggs from around the North Island.