You are here: Home / News / Green Tourists Lend A Hand To Aruba 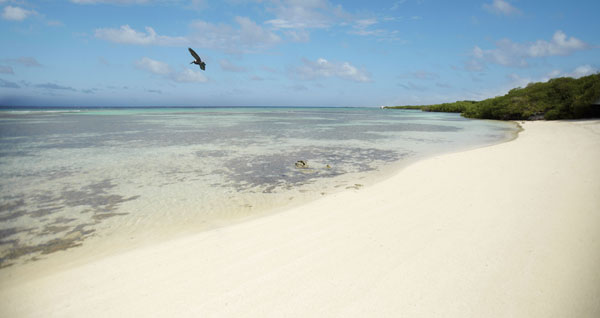 Visitors to Aruba can get hands-on with the Dutch Caribbean island’s ground-breaking green initiatives with the annual reef care project in September.

Started in 1994, the Aruba Reef Care Project was one of the island’s most ambitious environmental projects to involve both tourists and residents. It now forms just one of a series of measures aimed at making Aruba a world-leading ‘green’ destination.

Around 900 volunteers join the reef care project, scheduled for September 21 this year. It covers a 20-miles stretch of the southern coastline, including those in front of the main resort hotels. Volunteers are asked to collect any litter from beaches, while snorkellers and divers remove debris from the sea which could potentially threaten the island’s diverse marine life.

A valued opportunity for visitors to work with locals and help preserve Aruba’s prized coral reefs, the project is supported by the Aruba Tourism Authority and many hotels. Some of these provide packed lunches for participants and offer prizes for star volunteers.

Aruba has adopted a policy of reducing its dependency on fossil fuel energy and CO2 emissions. It has joined the Carbon War Room’s Ten Island Challenge with other Caribbean islands aiming for a transition to 100 per cent renewable energy.

Aruba’s Prime Minister, Mike Eman has outlined the challenge: ‘When we came into government in 2009, we undertook an analysis of how far we have come as a nation in the last 25 years, both in population and in the success of our tourism industry,’ he explained.

‘Aruba has grown from 200,000 visitors a year to nearly 1.5 million and increased from 2,000 hotel rooms to 8,000. And all of this is a very small country, with a population density of 500 people per square kilometre – that is higher than New York,’

Prime Minister Eman continued: ‘It was time for us as a nation to reassess where we should go in the next 25 years and it was clear to us we should focus on quality not quantity in expanding our economy, without making heavy demands on our infrastructure and natural resources.’

In 2009 Aruba took a major step in the production of alternative energy with the opening of the Vader Piet Wind Park at the eastern end of the island. A second park is now planned for a site nearby.

Sustainable projects to upgrade and improve the island’s infrastructure include a ‘Green Corridor’ project introduced last year. This consists of the widening of an existing road between the centrally-located capital Oranjestad and San Nicolas, 10 miles south, plus the maintenance of three routes south and east. Green areas en route are being conserved and maintained and the green corridor will also include cycle paths, sustainable lighting, landscaping and facilities for public transport.

The Aruba government has also launched a US$350 million ‘Bo Aruba’ project to upgrade various sites in Oranjestad and other locations around the island. Among these initiatives is a traffic relief programme to take traffic out of central areas of the city and create pedestrian-friendly zones, linked to the recently-introduced tram system, running on renewable energy.

A further landmark project is Aruba’s Linear Park, which when complete will be the longest of its kind n the Caribbean. With the downtown section almost complete, the park will ultimately create an accessible, scenic link between the airport and the resorts along Palm Beach 10 miles to the north.

It will be a fully-landscaped corridor to include cycle and pedestrian paths, restrooms, kiosks, parking spaces and trees. Aimed to provide a relaxation area for both visitors and locals, the park will be lit by LED lighting, significantly reducing electricity consumption.