You are here: Home / News / Saving every drop 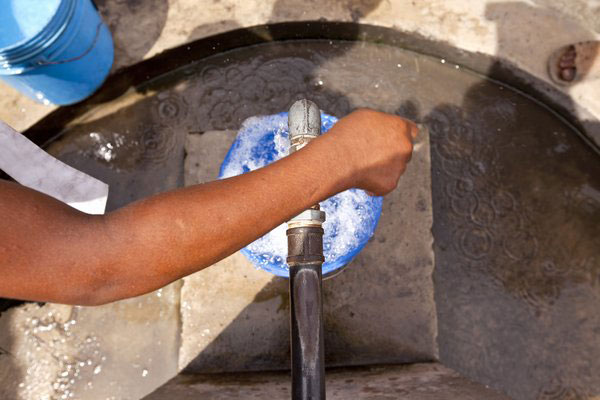 Tshikundamalema – It’s the precious liquid without which there can be no life. This is the message Water and Environmental Affairs Minister Edna Molewa left with the community of Tshikundamalema, as South Africa joined the rest of the world in celebrating International Water Week.

“We must preserve water. Without water, there is no life,” she said, urging residents of Tshikundamalema in the Vhembe district in Limpopo to always avoid leaving taps leaking.

“South Africa is a water-scarce country. We therefore need to treasure our water and take care of it.

“We live in a country that is one of the 30 driest in the world. It is therefore incumbent upon us as a nation to conserve the water that we have.”

Molewa said SIP 18 would involve the provision of a sustainable supply of water to meet social needs and support economic growth.

This year’s Water Week is celebrated under the theme, Water is Life – Respect it, Conserve it, Enjoy it!

The theme seeks to accentuate and emphasise the fact that water is central to all forms of life and that everyone has a responsibility to conserve and use it sparingly.

“People around the world take action to raise awareness on water issues and improve the management of our water resources.

“In our country, this day is part of the programme that seeks to raise the importance of water in our lives,” she said, adding that it was important for people should appreciate water.

Prior to the celebration, Molewa, accompanied by the local mayor and local officials, toured local water projects.

The projects were initiated in 1996 by the locals, with each household contributing money to construct and purchase water pipes.

Project leader and local chief Nemvala Mundalamo told SAnews that there was a need to start the project.

“Our people were struggling to get water and we felt we should start the project,” he said.

Through the project, almost all households have water supply.

Molewa commended the locals for their initiative, saying it should be spread to other communities throughout the country.

Since Water Week is an international event, the event in Tshikundamalema was attended by representatives from other African countries, including Lesotho, Zambia and Botswana.

As custodians of Water Week, the Department of Water Affairs has encouraged all South Africans to focus on the need to restore and preserve the integrity of this most precious resource.

Communities are encouraged to report the misuse of water and other faults to the nearest municipal offices or call the department’s toll free number on 0800 200 200. – SAnews.gov.za