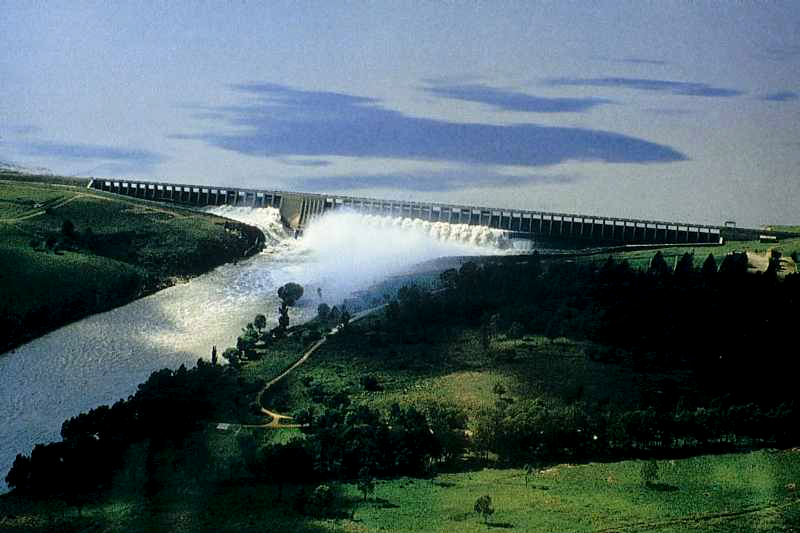 South Africa – The Gauteng dams have recorded a whopping 98% level following heavy rains in most parts of the province last weekend, making the dams the fullest in the country.

According to a weekly report by the Department of Water and Sanitation, dam levels in the province are 12% higher than levels recorded during the same period last year.

The country’s dam levels have also recorded a 10% improvement compared to the same period in 2017, when most parts of South Africa were recovering from a severe drought.

Dam levels in the country recorded an average of 73.2%, and this includes a total of 10 dams across the country, which registered 100% levels and more during last weekend’s downpours.

Vaal Dam, which straddles across the Free State, Mpumalanga and Northern Cape boasts an average of 85%.

The department said the dam is likely to increase its levels if more rain comes down in the next few weeks.

“The dam supplies water to Gauteng to oil the wheels of South Africa’s economic hub. The dam, with a capacity of 2 603 cubic metres, has the advantage of receiving water through the Lesotho Highlands Water Scheme,” the department said.

Eastern Cape recorded an average 72.2% dam levels, bringing relief to the drought-stricken Gamtoos Valley, which is in the western part of the province.

“Three months ago, Kouga Dam was hovering around 6%, sparking fears that the region was fast approaching Day Zero, however, Nqweba Dam is by far the lowest in the province with 7.3%. Lang and Glen Melville dams boast the highest levels in the province with 98.3% and 98.2% respectively,” the department said.

KwaZulu-Natal Province has 2 867 cubic metres in stored water, almost half its annual capacity of 4801.8 cubic metres.

The department noted that the figure represents 10% improvement in the water levels of the system.

Midmar Dam which is supplied by Umgeni River, recorded the highest levels at 95.4% this week, whilst the Natal-Midlands System that comprises nine dams recorded an average 84.9%, as opposed to the northern parts of the province that recorded 52.3% this week.

North West and Limpopo both recorded 65.1% levels, a one percent drop from last week. Of these, Buffelspruit in Belabela recorded a whopping 100.2%.

Mpumalanga and Limpopo registered a joint 61.9% this week, a drop from 62.4% last week. Both provinces have 1 149.6 cubic metres water in their combined storage of 1 857 cubic metres capacity.

Meanwhile, the department reported that at a workshop to review its readiness for the summer rains, hydrologists estimated that the coming festive season will receive less than normal rains because of a weak El Nino. A strong El Nino phenomenon accounts for a wet season that is often accompanied by floods in affected areas.

Even though most parts of the country look stable, the department warned water users not to get carried away and use water sparingly. – SAnews.gov.za