You are here: Home / News / Investment to rehabilitate wetlands 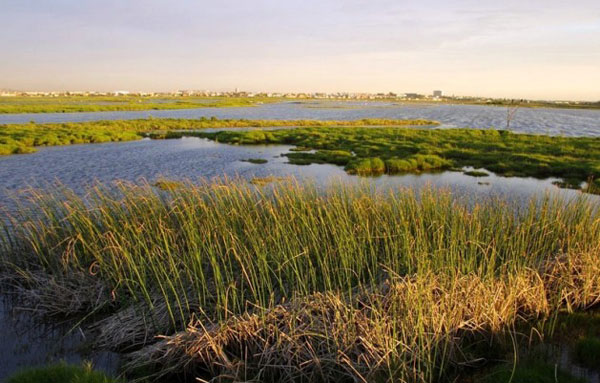 The Department of Environmental Affairs’ Working for Wetlands Programme has invested R1 billion into the rehabilitation of 1200 wetlands and created 25 000 jobs and much needed training since 2004.

Wetlands are among the most threatened aquatic habitats in South Africa due to bad land management practices, such as effluent disposal, overgrazing, unsustainable crop production, pollution, urban development and erosion.

These practices the water flow and quality which ultimately destroys the wetland.

They are ecologically important as they moderate water flow and regulate water quality. They store water during wet periods preventing floods and ensuring supply during droughts like the one South Africa is currently experiencing.

The Working for Wetlands Programme is aimed at protecting, promoting the wise-use and rehabilitating degraded wetlands all over the country.

The programme started in 2000 with a small number of rehabilitation interventions, but has grown to involve over 450 interventions being implemented each year.

This is done in excess of about 120 wetlands per year in all the nine provinces.

The impact of the interventions include concrete structures, earth structures, gabions and re-vegetation.

In order to increase its footprint, the programme is gradually moving into compliance, extension and beginning to target less degraded wetlands systems where simpler, smaller and cheaper interventions can be employed.

Currently, the bulk of the allocated budget goes into rehabilitation of degraded wetlands, and in the process jobs are created and skills are imparted to participants through training.

Some of the future plans include increasing the programmes footprint, expanding into other areas and finding simpler and cost effective interventions, as well as catchment level planning to optimise benefits to ecological infrastructure and maximise impact, institutional and policy collaboration and or partnerships. – SAnews.gov.za